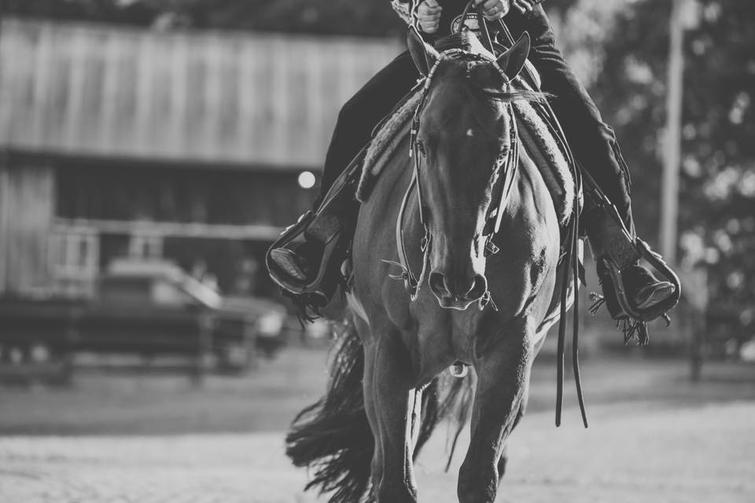 The first fundraising activity sponsored by MSQHA was a recognized AQHA show held in conjunction with the Maryland State Fair in Timonium, Maryland, on August 28, 1961. Judge Louis Dickerson of Cape May, New Jersey, judged a total of 88 entries (55 halter and 33 performance). The Grand Champion stallion was Poco Caz, the Grand Champion mare was Isleway, and the Grand Champion gelding was Bandit’s Duke. The results were reported in the first MSQHA newsletter published in September 1961 by reporter Helen Boyd.

The first MSQHA Awards Banquet was held in 1963 in Frederick, and was attended by actor Robert Mitchum, who was then living in Trappe, a small town on the Eastern Shore. His daughter and son were MSQHA members and actively showing in the Mid-Atlantic region.

The first MSQHA State Show and Futurities were held on September 5, 1964, at the Howard County Fairgrounds. There were only two classes—Yearling Fillies and Yearling Colts/Geldings—and prize money to the winner of the colt class—TobanoBob, owned by Bob and Helen Spedden—was $82.00. What a difference from the 2000 futurities celebrating MSQHA’s 40th anniversary when there were almost 20 futurity and breeders’ classes and more than $30,000 in cash and prizes awarded at the Black Eyed Susan Circuit! In 1968, MSQHA’s first Youth Team went to the First All American Quarter Horse Congress in Columbus, Ohio. Each year since then, Maryland has been well represented at “Congress” by an outstanding team of young people. Our 2000 team distinguished themselves by placing sixth out of more than 100 teams. In 1995, Margaret Zaiser, youth advisor, was named Youth Advisor of the Year.

In 1971, MSQHA held its first annual Stallion Service Sale. For more than 20 years,this event was the first “social” gathering of each new year and a major fundraiser for MSQHA. In 1995, MSQHA joined the trend of other associations to move away from the “live” auction and open house to a “mail-in” bid format. In 1998, the Stallion Service Sale was replaced by the Maryland Breeders’ Incentive Program. This program included incentives for both mare and stallion owners, as well as added benefits for purchasers of the breedings and the resulting foals.

MSQHA is proud of its members who serve the AQHA at the national level. The state association also has a number of AQHA judges among its members. But primarily, the association is proud of its active membership. These are the people who make MSQHA the dynamic association it is today. You, the members make the group strong. The association welcomes your suggestions and comments and urges you to attend board meetings and become active in your association. Volunteers are always needed to continue to help build and strengthen the Maryland State Quarter Horse Association.